A personalised X in the far north

Made in Hillerstorp, born global. Our Swedish roots now stretch to 56 countries around the world, but the firmest roots are naturally buried deep in the Nordic soil. This year we have invested a little extra in the Nordic market with our X-Crew concept. 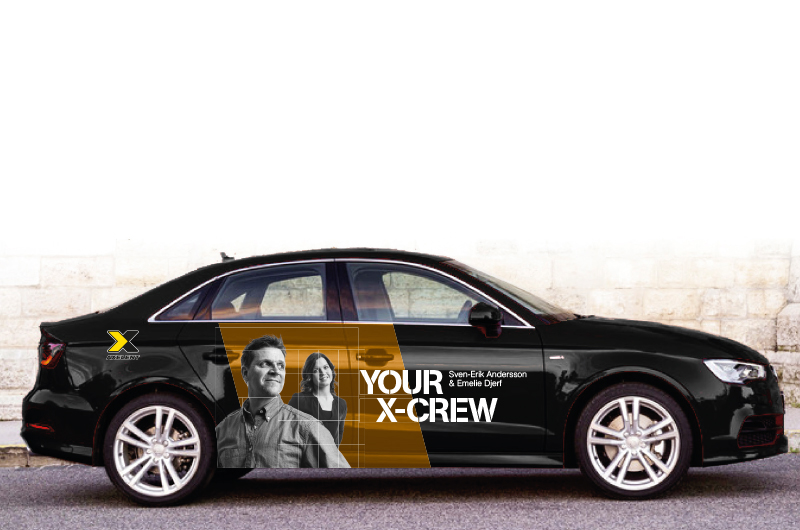 How many sales calls is it possible to make in a year? That obviously depends on the size of the sales team and layout of the district. We decided early on in 2015 to invest in a large sales call campaign.

X-Crew takes on the Nordics
Axelent's sales team reached a total of just over 800 sales calls in 2014. We targeted twice that for 2015. The sales team were given a new name, X-Crew, and their cars were given a personalised touch with their portrait together with a member of the customer service team.

1,800 calls in 2015
With the new cars came new regional zones. In addition, we employed one new rep, therewith boosting the team to six people, myself included. The campaign has been a success so far and we will most likely reach 1,800 calls before year end. Absolutely amazing!

Rapidly expanding storeroom solutions
Generally, our product sales have been very good throughout the year. This also applies to Axelent Construction who focus on storeroom walls.

Finally, I would like to wish you all a Merry Christmas and a Happy and Prosperous New Year. Keep your eyes peeled for future numbers of X-News! 2016 promises to be an exciting year with lots of new ideas.