On 15 September, Axelent AB, Axelent Software and Axelent Engineering AB gathered for a joint kickoff. The sun was blazing down and it was an incredible 27 degrees! 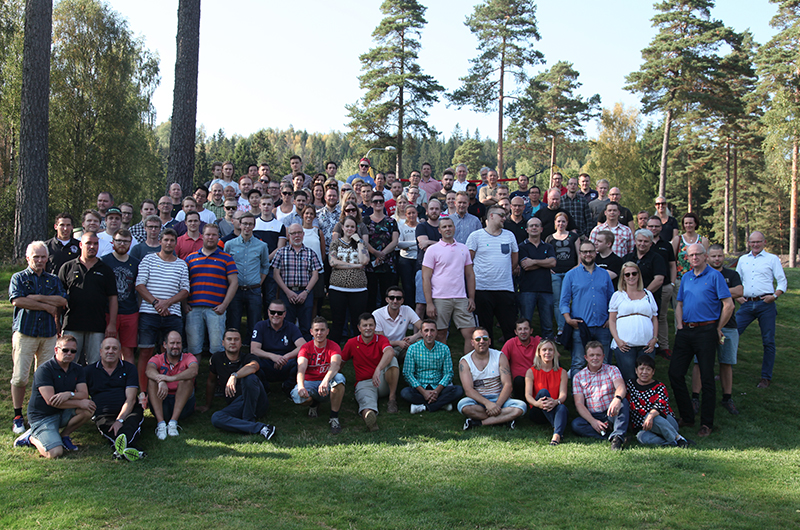 At 12 noon the production plants and offices in Hillerstorp, Gislaved and Huskvarna were closed and all the staff met up for lunch at Isaberg Mountain Resort, Hestra. Efter lunch the large gathering of 130 people was divided into three groups who took it in turns to listen to three different lectures by Mats Hilding, MD of Axelent AB, Richard Skogward, MD of Axelent Engineering AB, Andreas Hansen, IT Manager at Axelent AB, and Rickard Svensson, IT Technician from Datakraft AB.

After the information and inspiration it was time for a contest. The group was divided into teams where individual and group brainteasers were assessed and awarded points. The group task was to solve a rebus by collecting letters that would make up an expression.

Efter the prizes were awarded the day concluded with an evening meal.